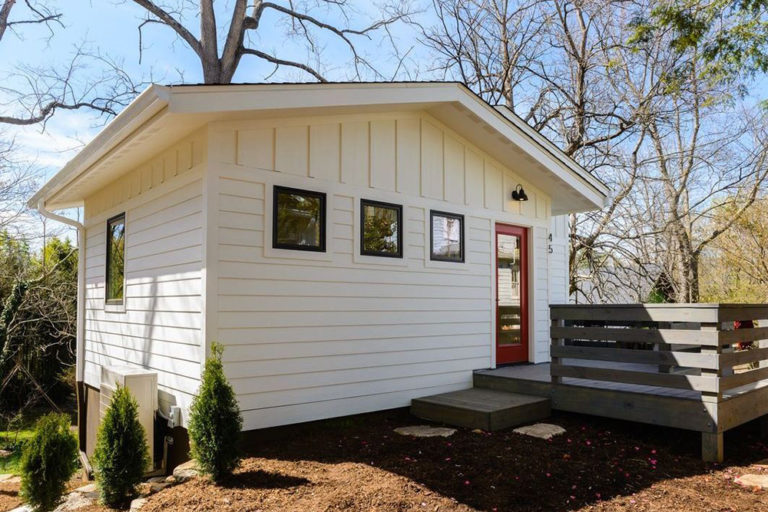 History of ADUs in Los Angeles

In recent years, in order to address the housing needs throughout the state, the California administration amended State Laws that updated and simplified the approval process of ADUs and expanded the capacity to accommodate an Accessory Dwelling Units (ADUs) in single-family and multifamily homes. Under the terms stipulated in the new State Law, a local agency must ministerially approve an application for a building permit to create an ADU.

How much can burdensome city regulations hold people back from adding backhouses to their homes? Based on what happened in California during the course of recent years, a lot. At the beginning of 2017, a California State Law that went into effect required cities to ease their local rules on basement suites, garage apartments, and backhouses (ADUs). Two years later, building permits for ADUs in Los Angeles have increased by 30%—comprising a whopping one-fifth of permits issued for all homes.

The cumulative demand that is driving the ADU explosion in Los Angeles visibly demonstrates the ADU’s potential to make a big contribution toward easing the housing shortages that plague so many growing cities. Meanwhile in big cities in other states like Seattle, during the same three years period — from 2017 through 2019 — just 2% of permitted new homes were ADUs. The lengthy ADU construction process encouraged Seattle legislators to make it easier for homeowners to build them by relaxing rules, but anti-union activists filed appeals that have delayed the passage of the legislation for three years now.

The California long ADU journey is an example for other states: ambitious ADU reforms at the do work, and if cities would proactively embrace regulations that welcome ADUs rather than consider them like a “necessary evil”, then they would have nothing to worry from state law because it wouldn’t require them to do much if anything. And then more homeowners and renters across the country could enjoy the benefits of these flexible, green, relatively affordable housing options.

If ever there was a convincing argument for enacting State Laws to preempt local land use regulations, it’s the Los Angeles ADU journey. Since the 80’s Los Angeles struggled to reform its ADU policies, and never managed to enact a set of regulations liberal enough to unleash ADU construction, now that they did, the ADU market really took off, as in, by a factor of 30 over what had been typical in prior years. Do you want to be part of this percentage? Contact us at (310) 974-3174 or schedule a free consultation for ADU Construction management in Los Angeles.

Why and How to Downsize on your Own Land