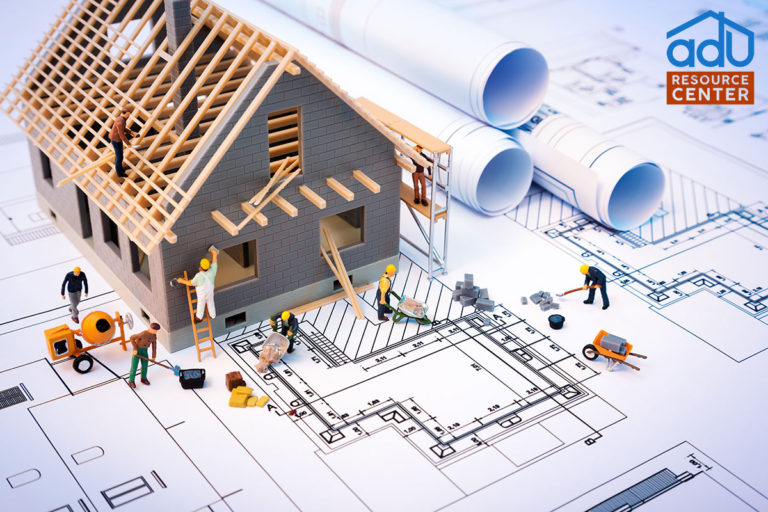 How helpful are ADU’s in Los Angeles?

House shortage is easily solved in California with the availability of the small residences, which are termed as ADU’s and our contractors can solve your problem for ADU design and Construction Management in Los Angeles.

California is facing a serious housing shortage, which made a huge increase in rents as well as property all over the state. To resolve and put an end to this problem, California officials along with real estate experts are looking out for the solution, which should be an overlooked form of housing, that can be an in-law unit. Most of the Angelenos are presently living in back houses or granny flats which are officially termed as Accessory Dwelling Units. The state policies that were announced in 2018, made the construction of the smaller residences quite simpler and easier.

ADU’s are advantageous to both owners as well as renters because they are one of the best sources of the owners to earn the monthly income. While for renters they are the affordable housing to live in. These are the best sources to live for single families, where constructing new apartments is a big deal for construction. However, even ADU’s construction is not an easy task, which comes with navigating local rules regulating what needs to be done and what is not allowed on specific properties. But, how to know them will be quite difficult, because of the reason that the state rules give local governments a lot of leeways to make their regulations.

To make this task quite simpler and easier for all those who are planning to build an ADU. Here is the list of things which are compiled that owners need to know about ADUs when building one, moving into one, or both.

According to the State law homeowners of single-family neighbourhoods can build an accessory dwelling unit. But, that applies to the condition that only if it is available on their property. One of the most important things that matter is how much room? So, it informs that a detached ADU needs to be at least 10 feet from the main residence and in case if there are any property lines than a distance of 4 feet need to be maintained.

An option of customizability is available for the Cities and counties on the state regulations to some extent only. According to the rules approved by the Los Angeles County Board of Supervisors in 2018, the city of Los Angeles is working on its own ADU ordinance. However, Santa Monica, Glendale, Pasadena, and Long Beach are in advance approved with the city-specific guidelines for the dwellings. In any case, Local governments have the right to further restrict setback and size requirements for ADUs.

State law has introduced one of the big elements stating that cities can’t require parking for ADUs within a half-mile of a major public transit stop. So, most of them will now get a chance to construct ADI’s even without the necessity to think of adding a parking lot.

No Need of Detached Units

When the garage is free from clutter, even that covers the place to build an ADU. The other options or places where ADU’s can be considered are pool houses as well as underused garages and portion of their existing houses too. However, the point that needs to be made note of is that irrespective of place every ADU need to have its entrance along with the kitchen and a single bathroom.

Prefabricated units are another great option, which will help to build an ADU. But, the point of necessity is that they need to come up with the size and design style as per the local requirements. There are many local companies which come with attractive prefabricated designs that are customized as per the local standards. Examples, such companies are Cover and Minarc offering dwellings that are convenient but are not cheap.

According to the state law, the size of an ADU cannot exceed 1200 square feet. Some cities are limited to even a smaller size. Make sure you check with your local city for the size requirements on your specific property.

Is there a necessity for a permit for an ADU?

Homeowners residing in Los Angeles-area cities, and unincorporated Los Angeles County, are essentially required to follow the plans that are developed by the local department of building and safety. It states clearly that exact measurements along with diagrams are required, however in case of complex ADU, it is quite essential to seek the assistance only from a licensed architect.

The other most important note for the above-mentioned places homeowners is that they need to obtain a certificate of occupancy in-hand, even before anyone makes move into it. This clearly states that all the necessary things along with structure need to be inspected, which includes electricity, plumbing along with the heating system.

Don’t consider airstream trailer in your backyard as an ADU

Even though ADU are termed as accessory dwelling units, it doesn’t include recreational vehicles like campers and RVs. The city of Los Angeles, as bought in new ADU standards that accounts for a whole new category of dwelling named as “moveable tiny houses.”

The ADU’s under this category are those which are hitched to a vehicle and wheeled around. At the same time, they provide all the necessary features of an ADU which includes a bathroom, kitchen, and living space. Till date, these residences on wheels are not yer been permitted as ADUs.

Cost of the ADU’s

Whatever can be the form of an ADU, the cost of constructing the project is likely to be more significant then that is expected. The various analysis had proven that the county of Santa Cruz found that the average cost of construction was nearly $150,000, even though the median was $86,500, at the same time most of the residents tried out their level best to keep costs down.

So, those homeowners who are not in a condition to pay everything in cash do not have any other option rather than considering a loan and it is not always the easiest option to think about. However, those who are having equity built up in their residences are quite good to obtain a second mortgage or agree to a cash-out refinancing deal. While other builders need to obtain personal loans or necessary to depend upon credit cards, because most of the banks do not offer any special financing deals for building ADU’s.

According to the Costa Hawkins Rental Housing Act, it states that rent control laws in Los Angeles apply to only those buildings that were constructed even before October 1978. At the same time when the city’s Rent Stabilization Ordinance went into effect. According to this law, even the single-family homes are also excluded from rent control requirements. However, these laws do not apply to those owners who have built or moved into an ADU, and those who offer their existing homes as rentals. But, will trigger rent control on the main residence, only in the case if it was constructed before 1978. It is because this ADU adds a unit to the property, the single-family categorization is no longer applicable.

ADUs can be listed on Airbnb- in few cities

State of California has chosen to ban ADUs from short-term rental use. This decision is only to benefit and encourage owners to lease them out for longer periods instead of short-term.

ADUs are not meant for housing alone

ADUs can be a perfect solution to the housing crisis, however, it isn’t always meant to be used only to house someone. They can also be used as an extra space, to set up an office, or a yoga studio or for some other purpose.

Homeowners who are just seeking out some extra room are not always required to bother about getting all the necessary permits to build an ADU. It is because of the reason that most of the photo labs and fitness rooms don’t need a separate kitchen. Thus, it can be stated that a standard addition permit is an easier way to add that flex space required.